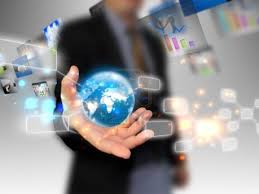 Today, financial sector is increasing at a rapid rate. Data associated with these financial sectors is also increasing. The banking sector typically, contains huge amount of data. Where there is more data, there are risks and frauds. As Banking sector is the biggest financial institution, majority of frauds take place in this sector. Money laundering is a common fraud related to banks. Knowingly or unknowingly if a bank is involved in money laundering then it has to face serious consequences.

According to the definition of money laundering by Investopedia “Money laundering is the process of making large amounts of money generated by a criminal activity, such as drug trafficking or terrorist funding, appear to have come from a legitimate source. The money from the criminal activity is considered dirty, and the process “launders” it to make it look clean. “

Anti-money laundering is a serious offence. Application of machine learning in efforts to curb money laundering can be fruitful. However, more research needs to be done in customizing the machines according to the patterns in the database to provide nearing to 100% accuracy.