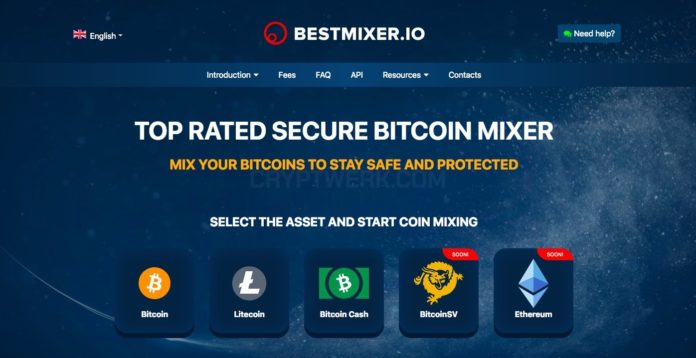 Coin mixer services company Bestmixer.io worked by pooling funds together and creating a web of new transactions in an effort to disguise the original source. This is a technology deviation of the traditional layering phase in the money laundering. The bestmixer.io users paid a fee on top of the funds they send in, and received back the money from a wholly new address.

Bestmixer has blatantly advertised money laundering services. Bestmixer falsely claimed to be located in Curacao, where they claimed it was a legal service. The reality is that they were operating in Europe and serviced customers from many countries around the world.

Since the crypto currency businesses whether fiat-crypto or crypto-crypto are required to be treated as the money services businesses as per the requirements of European AMLD5 regulations, enforcement agencies are checking their compliance and acting against them.

Last week, officials at the Dutch Fiscal Intelligence and Investigation Service (FIOD) announced the arrest of two men believed to be using cryptocurrencies to launder money. Suspected individual made large purchases with a crypto credit card, that was found to be unjustified by the Netherlands Tax and Customs Administration when compared to his income and assets. He also made several large withdrawals with this card including 10,000 Euros in cash

One of the men, according to a statement published by the Joint Chiefs of Global Tax Enforcement (J5)– an operational group formed between Australia, Canada, the Netherlands, the U.K., and the U.S. – had used the now-defunct bitcoin transaction mixer Bestmixer.io.

“Based on the Bitcoin address used, the investigative team was able to identify the IP-address,” the statement explained. “The Bestmixer service was likely used to conceal and launder income. As part of this law enforcement action, digital and physical business accounts were seized.”