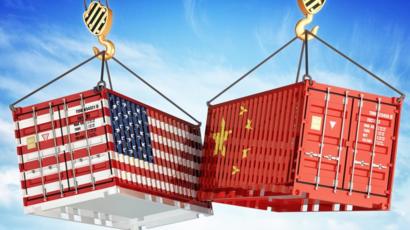 The sheer size of trading with China opens the galore of opportunities for the trade based money laundering. Ban on Chinese trade by the Trump Legislation has resulted in further opportunities to disguise the laundering transactions as trade. However, China has decided to change the legal framework of trade with USA to make it beneficial to Chinese traders.

China’s ceremonial legislature is in due to endorse a law that meant to end the bruising tariff war with the Washington by discouraging the officials from pressuring the foreign companies to hand over the technology.

The battle with biggest trading partner of China is overshadowing the National People’s Congress, the highest profile event of the year in China. Nearly 3000 delegates from across the globe attend this event which is held at Great Hall of People in Beijing for two weeks.

The gathering of non-communists groups is also held at the same time which brightens the Beijing’s drab winter. This gathering draws the movie stars, tech billionaires and ethnic minorities in a distinctive traditional dress.

It provides President Xi Jinping’s Government a platform to advertise the changes that they have made in order to end the fight with Donald Trump, America’s President. This fight has disrupted the trade in goods from soya beans to the medical equipment.

Trump has cited the complaints “Beijing steals or pressurizes the companies to hand over the technology”. This is the reason why he charged $250 billion on all the Chinese imports. While Japan, Europe and some other trading partners disapproved with the charges, they agreed with the allegation that has been made by Trump on China.

The communist leaders are facing immense pressure to reach the settlement after the sagging of economic growth. The growth declined by 6.6 percent which is very low when compared to the last three decades.

The companies and investors are waiting for an official announcement of the details about how Beijing will carry out the promises to curb the dominance present in the state industry. They want the government to provide support for the entrepreneurs who generate most of the China’s wealth.