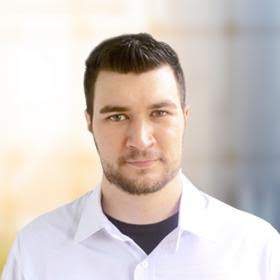 Globally future of Regulatory Technologies is very promising and under the series of Experts Speak, Regtechtimes Co-founder Vedant Sangit, interviewed Founder of KYCChain, Edmund Lowell who detailed his thoughts on the Regtech.

How do you define the term Regtech?

How big is your team and who are the critical players?

“We have a core team of about 30, but when including advisors and part time people, it expands to over 70 people. I see advisors and those who have deep experience in a given realm as extremely important. As an example of a critical player, take for instance Janos Barberis of Supercharger. Not only was he exceptionally helpful in opening doors while KYCChain was in the Hong Kong supercharger accelerator, he continues to be a friend, mentor, and someone who is always willing to help. I cannot list everyone who has helped in our journey here, but clearly I wouldn’t have been able to do it alone. I’ll end this with a quote from a former employee who we remain on good terms with: If you want to go fast – run alone. If you want to go far, walk together. It’s important to build and maintain relationships and reputation. It’s important to try to not burn bridges!”

Brief overview about your product offerings?

“SelfKey wallet is a desktop wallet which stores your digital identity documents and data. The SelfKey wallet is connected to a fintech marketplace to compare and signup for financial services of relying parties who use SelfKey technology.”

What inspired you to build KYCChain?

Is future of Regtech is associated with Block Chain ?

“I would say you should only utilize blockchain if it fits synergistically to your product. We utilize several parts of blockchain in our products, including the private key for user payments, identification, and we also utilize the storage of hashes on certain occasions in the public chain.”

What was the most challenging aspect of your journey at KYCChain?

“Dealing with banks is exceptionally challenging. In the beginning, we had no choice but to work with these institutions. The are often slow and mired in bureaucracy. We still do work with several banks but are selective on who we work with.”

How did you overcome initial mindset challenges of the regulators/supervisors?

“Regulators and supervisors are sometimes open to hearing new concepts and ideas. I can state that from my experience, regulators are interested to learn and generally come with an open mindset. Perhaps this is only the countries that I have operated in. But for instance I can state that Hong Kong (where KYC-Chain is incorporated) regulators are quite open. They have fintech days, they have conferences, they provide a means to contact that. Regulators have a difficult job and many different competing interests to balance, and every decision they make is often very public and scrutinized. Honestly, my experience has been overwhelmingly positive and I would recommend Hong Kong as a place to setup a fintech or regtech company.”

Where do you see yourself in next three years?

“Hopefully in the same place I am today; building the future of identity and KYC technology with a great team!”

Have you built any consulting model for the consultants from different countries?