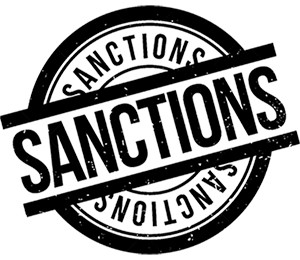 This has drastically hampered their economy. The country has been isolated from financial markets. Iran was receiving warnings from FATF for three consecutive years regarding complying with the regulation of FATF in controlling terrorist financing. However, Iran ignored these warnings.

The nations have reduced their transactions with Iran. The banks and the businesses which are still operating in Iran are under immense pressure. As Iran is being isolated from the financial markets the borrowing cost of the goods is spiking up. Iran has been continuously failing in abiding by the international norms which is weakening their economy. The chief of Iran’s central bank was completely against this decision declaring it as a politically motivated instead of a technical decision.

Iran failed to attract new investors and also lost the existing ones because of the failure in compliance with international norms. A policy of maximum pressure has been imposed on Iran by USA in order to control the nuclear issues, the ballistic missile support and Iran’s support to terrorism in the middle east.

Various other countries have joined America in the isolation of Iran. Because of the sanctions imposed by USA, Iran’s oil exports have been reduced drastically and it has been boycotted from international financial system. If Iran wants to get out of the blacklist then it has to come with a strong framework and a plan for countering terrorism. Until then terrorist financing is going to remain a big concern for FATF. Unless Iran actually shows efforts in complying either the regulations put forth by FATF, the sanctions imposed on the country are not going to get lifted.

How a software enthusiast helped North Korea to Evade Sanctions