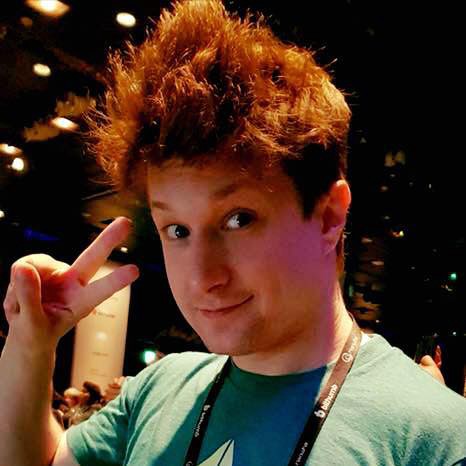 Virgil Griffith attended one Tech Event in North Korea. He was the speaker on the subject of crypto currencies. This presentation later turned out to be technical advise on how cryptocurrencies and block-chains can be used to evade the sanctions.

This act was considered as violation of sanction. The charge of violating International Emergency Economic Powers act was imposed on him. He was sentenced to 20 years of imprisonment.

The information provided by Griffith was very sensitive and could have been used by North Korea to launder money. Moreover, he tried transferring money between Korea and another countries.

This case is slowly becoming one of the most interesting cases in the crypto history and the first in America. Indictment was secured by the prosecutors on Jan. 8, accusing Griffith to violate the International Emergency Economic Powers Act (IEEPA) and adding an anonymous co-conspirator to be charged later on. Up until now, U.S. authorities distributed a bunch of archives identified with the case, expressing Griffith had been set up for charges of violating two official orders restricting certain exchanges and exercises in North Korea.

While Griffith is maybe most popular for his work on ethereum, the case isn’t such a lot of a crypto case as it is a national security issue that happens to include the technology. It is self-evident that any U.S. resident who went to North Korea and advised DPRK authorities on the methods to evade sanctions.

However, Griffith intentions were not wrong. After stating his side, the jury clearly understood that Griffith was just providing academic information. There is a huge difference between providing information to help the country evade sanctions and providing some academic information about the topic. Initially Griffith was arrested in California and then was transferred to New York’s southern district. Currently Griffith is out on a bail. He has been residing with his parents at their residence in Alabama. This is a perfect example which tells what happens when we showcase or use our knowledge in a wrong place at wrong time.

Since a very long time many fraudsters are making use cryptocurrencies to launder money. Money laundering is an activity in which a huge amount of money is circulated through various bank accounts to confuse the auditors. This breaks the link between the money and its source with no trail left behind. Thus, the fraudster converts black money or dirty money into clean money. Money laundering is a serious crime and has some serious repercussions. Most of the times several financial institutions are also involved in Money Laundering. The process of laundering fiat money and cryptocurrencies is exactly same.

Many gurus of crypto currency ended up using their knowledge about the domain in wrong way resulting in severe consequences. One such individual is Virgil Griffith. Virgil Griffith was a programmer from America. He created an indexing tool for Wikipedia known as Wiki scanner. There are many papers on subjects like Artificial life and integrated information theory published by Virgil. His main focus of study was Ethereum Crypto currency platform. Virgil was arrested in 2019 because of his involvement in issues related to cryptocurrency.

North Korea has many sanctions against itself by various countries and also by the united nations. North Korea is often linked to various hacking units. These units are usually known for their illegal practices which usually targets banks, bitcoin exchanges, cash machines etc. for laundering money. In-spite of this, the nation laundered $2 billion through cyber crimes. The country still conducts various programs related to crypto currencies. United Nations have put a sanction against these programs and attending these programs is considered illegal.