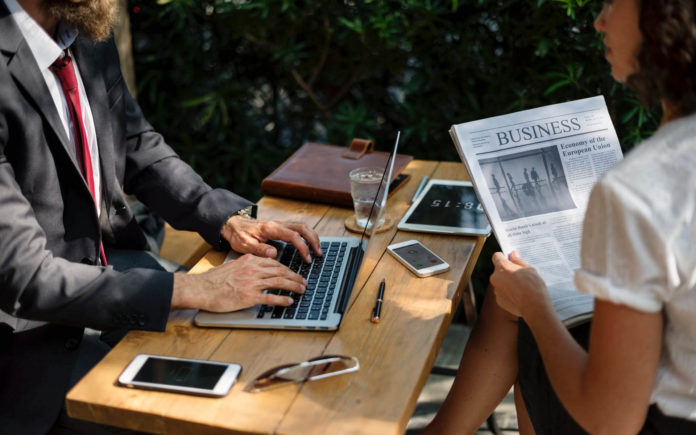 Using election affidavit data since 2013, Riskpro Management Consulting, Pune Based Regtech firm has created the first curated database of Politically Exposed Persons, their family members, business associates of Politically exposed persons and their business interests.
The database has revealed that there are 5,625 Indian Companies where the 1,000 politicians have interests. Additionally, there are 9,900 companies where relatives of politicians have interests. The interests may not always be in the form of shareholding. Number of companies, where both politicians and their relatives have such interests stood at 10,147.

What is Politically Exposed Person ?

There are two different types of politically exposed person (PEP). Financial Action Task Force (FATF) guidelines defines the term PEP. Foreign PEPs are individuals, who are entrusted with a prominent public function. FATF requires the financial institutions to classify the heads of state or individuals working in legislative, administrative, military, or judicial areas, in elected and un-elected roles as PEP.

Every country defines the domestic PEPs as per their nomenclature and the prevailing political system. However, there is no wider definition specific to India. Politically Exposed Persons are considered as higher risk individuals and FATF requires the financial institutions to take extra care while dealing with these high risk customers.

Indiaforensic, which is pioneer of forensic accounting in India, defined the politically exposed persons in its Business Politico Study. This definition of Politically Exposed Person is quite broad. 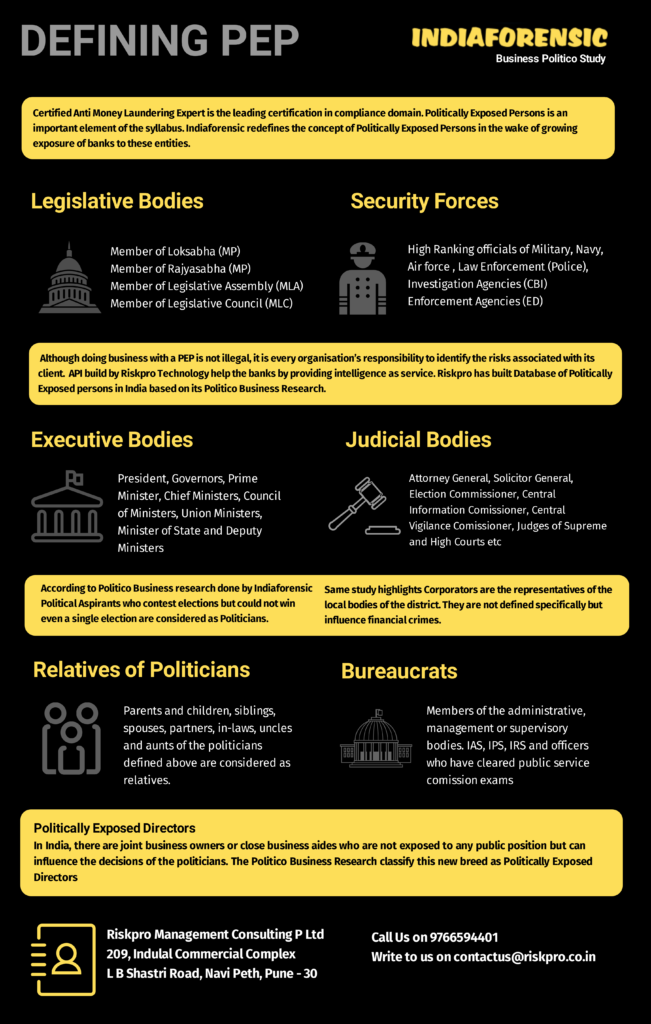 Regtechtimes is the leading information provider on the regulatory technologies. Riskpro has built India’s first curated database of heightened risk entities. This database consists of the high risk individuals and entities classified in four main categories:

The term “politically exposed person” emerged in the late 1990s in the wake of the Abacha affair. It was a money laundering scandal in Nigeria which galvanised global efforts to prevent abuse of the financial system by political figures. The former Nigerian dictator San Abacha transferred $321 from the Nigerian government to a secret bank account in Switzerland.

According to the reports in Hindustan Times, a staggering amount of ₹48 lakh crore is receivable from the borrowers having political nexus. Riskpro has calculated the outstanding from 10,147 companies using algorithms and specialized software .

These loans pose a big risk before the banks in India. However, not all the loans to politically exposed persons are bad. Usually, Reserve Bank of India (RBI) guidelines require banks to take greater precaution if the borrower has political influence. In such situations, the senior executives of the banks becomes the part of the decision-making.

The reason for this extra care is simple. Just by virtue of acquiring the PEP Status, a politician can not be termed as corrupt. But since he occupies the prominent public function, he is in a better position to carry out corrupt activities. He is in the position to influence the government machinery to not take any penal actions. Politicians influence bankers to lend money to business where they have business relationships.

In addition to the details mentioned in the election affidavits of politicians, the specialized software based on algorithms and predictive analytics developed in-house, utilizes parameters such as names of firms, email ids, common addresses, and other such identifiers. Riskpro offers the most curated database for PEP screening in India. This database also compiles some of the entities involved in terrorist financing activities.

Furthermore, when the politicians have to exercise their political clout or power, they incorporate certain companies for a short period of time. They pass on the benefit attached to their name and they resign. Riskpro PEP reports also consider these associations in the Enhanced Due Diligence Reports.

To Summarize, collecting and curating the information to connect the dots is the work of the reg-tech companies like Riskpro.