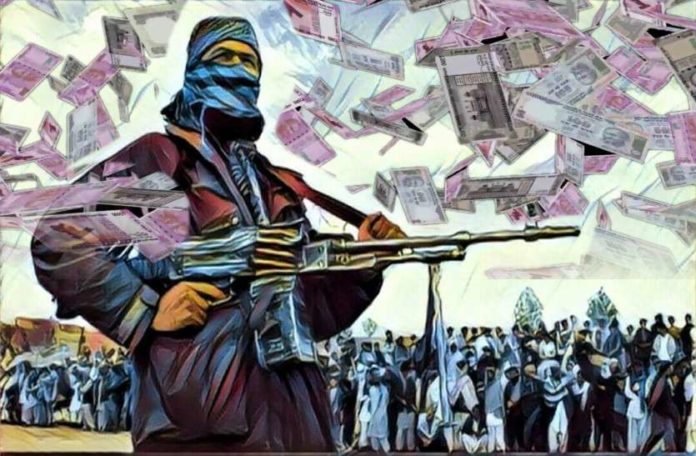 Cities have often been targets of warfare throughout the world history, and they often bear the brunt of chemical, biological, radiological and nuclear (CBRN) attacks. These weapons have been employed throughout the twentieth century, e.g. usage of mustard gas during the first World War. Furthermore, there were biological experiments conducted in China and Japan in the 1930s and 1940s respectively. Nuclear bombs were dropped by the US on Japan at the end of World War II., while Iraq unleashed chemical weapons (CW) upon its own population in 1988. Further, in 1995, Aum Shrinkiyo, a Japanese religious sect, dispersed Sarin gas (CW) in Tokyo’s subway system.

Despite such incidences, the overall use of CBRN attacks has been limited. However, various states continue upholding and furthering their CBRN capabilities, and have focused a lot on curbing and countering any potential CRBN attacks. Obtaining CBRN weapons therefore continues to be priority, for many states, irrespective of their stance on using them. Despite being lumped together with weapons of mass destruction (WMD), CBRN weaponries are distinct in nature with regards to their make-up, ease by which they may be produced, and potential for destruction.

For instance, the material for chemical and biological weapons, is oftentimes readily available in the open market, but to actually weaponize and disseminate these agents is a challenge, as the technological know-how required to undertake such a task is often not available to non-state actors. On the other hand, for states in possession of such knowledge, a key obstacle lies in attaining or mastering the production of the key materials such as enriched uranium or plutonium, which has remained a massive obstacle for aspiring nuclear states. Once the materials are available to these states, weaponization may not be such an onerous task. The pertinent literature and the technological expertise to undertake the weaponization is readily available to them.

The varied natures of CBRN weapons imply that their roles within strategic doctrines may also be vary. However, they are often wrongfully treated as functional equivalents. In that vein, they may all be designed as tactical weapons, geared towards applications on the battlefield or in the civil domain, or as strategic weapons that serve a deterrent value or can be used to wreak massive havoc, causing massive physical and psychological aftermaths. Such nature of nuclear weapons makes them an object of continuous scrutiny from policymakers, academics, and military professionals.

Research and assessment of CBRN weapons and materials over the last few years has expounded upon the geopolitical aspects of production of such weapons, along with the nuances of such productions, proliferation, and actual use. Various institutions and think-tanks have documented these aspects in context of states and non-states, and have reported detailed trends on nuclear weapons.

Out of the CBRN weapons, Chemical Weapons (CW) come in a variety of forms, and conventional weaponry often relies on chemical explosives. Chemical agents can be dispersed in gaseous, (solid) aerosol, or liquid states. CW, however, are distinct to the extent that they are understood to be ‘non-living, manufactured chemical agents combined with a dispersal mechanism that, when activated, produce incapacitating, damaging or lethal effects on human beings, animals or plants.’  Given their various forms, chemical agents can also be delivered varied methods such as inhalation, ingestion, or absorption by the skin, resulting into blisters, blood (cyanides), and chocking (pulmonary).Nerve agents may surface immediately or over the course of several days.

Research and development of chemical weapons has continued from the advent of the first World War, where they were deployed in large numbers, through the second World War. Although the use of these means in WWII was sporadic, the research and stockpiling still continued. Several developing countries were able to successfully acquire CW capabilities during the Cold War which ensued in 1947 and carried on till the 90s. Saddam Hussein’s forces extensively used CWs against some of their own population, as well as the Irani forces. The introduction of the Chemical Weapon Convention (CWC) in 1997 resulted into several countries such as the USA, Russia, India, South Korea, and Libya to declare their CW stockpiles, thereby reducing the existing stockpiles to adhere to the rules of the convention. Despite the fact that all state parties have committed to destroy their chemical weapon-stockpiles by 2012, some countries are behind schedule, most notably the US and Russia, and it is unlikely that they will be able to meet the deadline. There are a number of reasons for this delay, including insufficient funding, technical difficulties and CW-destruction related issues.

Various key issues, however, plague the regulation of CBRN weapons. The organization for the Prohibition of Chemical Weapons (OPCW) is unable to thoroughly verify compliance of every facility in the country, and several discrepancies exist within implementation between the different state parties. Moreover, over half of the CWC member states have so far failed to provide robust legal and licensing frameworks to regulate the imports and exports of such chemicals and technologies. The disposal of existing weaponry would imply serious environmental hazards, which would give rise to an array of other associated problems that would need curbing. Furthermore, some signatories as well as non-signatories (e.g. China, Syria, Iran) are suspected of retaining clandestine CW capabilities that further poses as an issue for regulation.

In addition to aforementioned environmental hazards, the continuous processing and transport of chemical weaponries dump huge amounts chemical compounds which are the Toxic Industrial Chemicals (TICs)These toxins have a lower median lethal toxicity as compared to CW agents, but the sheer volumes in which they are produced, transported, and often insecurely stored makes them lethal for the general public.  This is because they might be accidentally released during the transit or inadequate handling, or they might become targets for attacks.

Read the second article in the series of Modern Age Terrorism