Additionally, Netherlands launders EUR 16 Billion of criminal money. Predicated offenses range from drug trafficking, human trafficking, child pornography to extortion. Criminals make every effort to conceal the origin of their criminal funds, and frequently abuse multiple banks for this purpose. However, it was an action based on the exhaustive research done by the banks in last couple of years. Collectively, the banks can now create larger data sets to spot rare and new types of financial crimes and share likely perpetrator information more quickly.The description of how Netherland banks fight financial crimes is explained

Regtech Times Academy purpose to eveluate the creation of every regtech enterprise. It brings theknowledge of different news, stories etc. Regtech Times Academy have launched a course named CAMP i.e Certified Anti-Money Laundering Professional. In Netherlands, there are a lot of money laundering activities taking place. So to combat the same, one can do this course and he /she can get overall knowledge related to transaction monitoring, AML concepts etc.

After many scandals in the Netherlands in recent years, the trust in banking has decreased. With these scandals, harsh regulatory sanctions have taken place. However, for all these reasons, banks have joined forces in a joint initiative to combat money laundering. This article talks about how  banks fight the financial crimes in today’s world.

Hence, the purpose of the organization is to contribute to banks’ transaction monitoring activities. TMNL will focus on identifying unusual patterns in payment traffic that individual banks cannot identify. The banks fight the financial crimes that are taking place in Netherlands.

ING, ABN Amro, Rabobank, Triodos Bank, and Volksbank have established a new agency called Transaction Monitoring Netherlands (TMNL). Together, this agency and banks are looking for transaction patterns that could show criminal networks or money flows. Collective transaction monitoring helps in effective detection of criminal money flows.  Therefore,  helps in decoding networks in addition to what banks can achieve individually with their own transaction data. However, the research conducted by these banks also showed that combining transaction data provides a new set of information that will be useful in the fight against financial crimes.

In addition to the banks fulfilling their responsibilities as gatekeepers, a national chained approach effectively deals with money laundering and terrorist financing.  In other words, Banks work closely with government agencies such as the Ministry of Finance, Justice, and Security, FIOD, and the Financial Intelligence Unit (FIU). Hence, as part of this plan, an amendment to the Anti-Money Laundering and Counter-Terrorism Financing Act (Wet tegen witwassen en terrismefinanciering or ‘Wwft’) is envisaged to enable full-scale batch tracking. 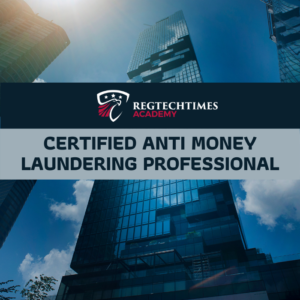 The UAE was previously indulging in offshore structures and arrangements to attract profits without real economic substance. However, following commitments, the EU removed the...