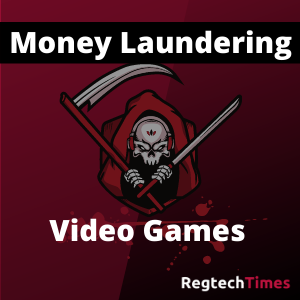 For money launderers, traditional methods of money laundering are becoming absolute. Regulations on financial institutions, including the Anti-Money Laundering (AML) requirements, have ceased the criminals to launder money in traditional ways. That’s why cyber criminals are looking for new ways and new methods to launder the money. The video game industry is one of these new ways. The video game industry carries money laundering risks due to in-game trades. Many Android and IOS games have in-game purchases. These purchases are made through real money for example, weapons, in-game currencies and special clothes etc. When people play, they get these materials by paying real money.

There is a use of both convertible and non-convertible virtual currencies in the video game industry. The anonymity provided to players is a reason for criminal activities. Research published by Indiaforensic in 2013, defined the video games as the future of digital currency laundering.

In online video games, when purchases are made for the game, users enter their credit card information into the system. Criminals can steal this credit card information and perform money laundering activities through these accounts. Moreover, Cyber-criminals usually log into accounts without two-factor authentication and use stolen credit card information to purchase in-app money. These in-game materials and currency they buy can then be sold at a lower price in an online marketplace. Game owners may not find any solution even if they are aware of this event.

Many FPS games like Counter Strike has container keys which are included in in-game purchases. These purchased items could be sold and exchanged on the Steam Community Market. The items can be used by fraudsters to liquidate their earnings. One of the Gaming Company blogged this market as they believed that almost all major purchases traded on the market were fraudulent.

Similarly type of selling is done in black markets. In one of the battle royal games Criminals signed up, created a profile and bought lots of the in-game accessories and virtual currencies with illegal or illegal credit cards. Afterward, they earned clean money by selling these inventories, which they bought, to cheaper prices. They carried out this sale on black exchanges. Criminals announced the black market from their social media accounts and attracted customers. Most of these payments were processed through bitcoin.

In the online video game, due to real in-game purchases it has been a potential target for criminals. The strict AML Regulations are found in financial institutions such as banks. Hence to launder money through these institutions is a challenge. However, contrary to this situation, Online gaming is attractive for criminals because this industry is regulation free. Therefore money laundering has become swifter in this industry. There is a lack of customer identification and due diligence. There is no virtual monitoring of financial activities and lack of reports for Suspicious Transactions Activity (STA/STR).

Although there are not many regulations to prevent money laundering in the online video game industry, FATF added a note to the 15th Money Laundering Recommendation in 2019. According to this note, perspectives to the regulation and supervision of virtual asset service providers (VASP) have been introduced. It is believed that the money laundering in gaming sector will get curbed by introducing new regulations. Till then, criminals will continue laundering activities by taking advantage of the absence of regulations. If there were regulations such as banks, RegTech, and gambling, money laundering risks in this sector could be reduced.

Money Laundering challenges in Singapore Singapore’s position as one of the world’s leading financial services centre and a trade hub make it particularly vulnerable to...

The current coronavirus contingency (COVID-19) is a global level challenge. It has created different challenges for not only general public but various authorities like...

From the time money was borne, human beings have been transferring money in different ways. With the advent of technology, sending money through a...

Politically Exposed Persons is a key concept in tackling the Money Laundering. It is one of the most significant aspects in the extended due...