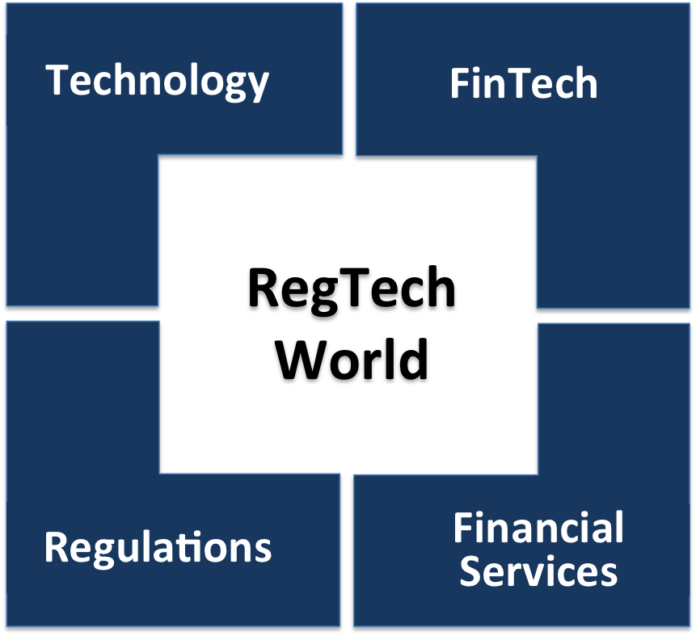 On the other hand, fintech is collaboration of finance and technology. Technology such as Artificial intelligence, machine learning, big data is used to eliminate risks, provide optimum output and increase the investment opportunities. Today, fintech is rapidly growing as many new start ups are emerging in this domain.

As there is rapid growth and development in Fintech, the same is expected in Regtech. The developments in Regtech have an effect on the nature of various financial institutions in a good way. Regtech is expected to drive the growth in fintech for next decade. usually considered as a subset of Fintech. However, it should be considered as a separate domain due to its growth in scope.

The major difference between Regtech and Fintech is that Fintech mainly has a financial focus, whereas, Regtech is focused on regulatory activities. The factors associated with the growth of Fintech and Regtech are also different. As mentioned earlier, the credit for Fintech’s growth goes to new emerging start-ups, whereas, the growth of Regtech depends on the need of regulations and compliance in the financial institutions. Financial institutions involve a large amount of data. Regtech uses technology to transform this data in a smart and a meaningful way.

The question ‘which is more dominant amongst the two?’ is always going to be there. However, we should not forget that regtech and fintech go hand in hand. The huge amount of data in financial sectors require Regulatory technologies to mitigate risks and produce efficient, meaningful and a reliable output. The evolution of Fintech in future will demand an evolution in Regtech as the financial institutions move towards automation. Thus, instead of arguing on which is better out of two, both the technologies should be incorporated and used wisely for the well being of an organisation.