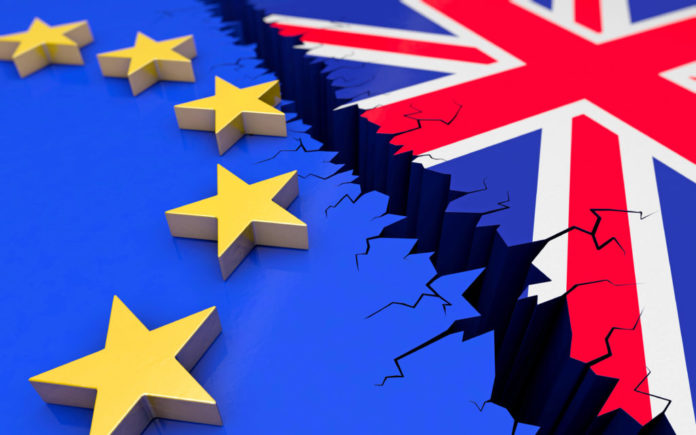 Finally from 2021, England will no more be the part of European Union. Now UK is free to set its own trade policy and can negotiate deals with other countries. However, financial services related rules are still being worked out. Let us  understand that why Brexit deal was important for the AML Compliance.

Brexit has changed the course of the economy. It means Britain leaves the EU. It is derived from the combination of English words for United Kingdom and exit.

On the December 24, 2020, a provisional free- trade agreement arose between U.K and EU that gives assurance that the two countries can  be involved in trading goods without including tariffs. However, the future relationship between the two remains uncertain, such as trade in services etc. This put a stop on ” no deal Brexit” which would cause damage to the UK economy. There was a lot of impact of Brexit on the external relations of the EU and the UK as it had a risk of receiving less attention because of the internal negotiations of the relationship between UK-EU relationship.

It is the withdrawal of the United Kingdom (United Kingdom) from the European Union (EU).  The UK is the first and only country to leave the EU after 47 years of membership officially. The crisis in the eurozone is the most critical reason for going. Apart from this, the negative reflection of the European Union regulations on British companies, the increase in additional costs, and the British pound’s depreciation led the UK to the Brexit referendum.

Britain left the EU with 52% of the votes it received due to the referendum held in June 2016. The conservative government’s suspicions towards the EU prompted the secession process to begin.

Article 50  came into existence in EU Lisbon Treaty which provides the guidelines that are taken by the country leaving the bloc voluntarily. By introducing Article 50, it will allow the countries to put forth there point to declare there intention to leave the EU. This article state that” Any member state may decide to withdraw from the union as per its own constitutional requirements”. However, when the EU accepted the proposal requested by the then Prime Minister David Cameron to apply other currencies other than the euro in Europe, David Cameron started an anti-Brexit campaign. Thereupon, he declared his resignation due to the people’s answer to the UK’s decision to leave the EU in the referendum held in June 2016.

Anti- Money Laundering/ CTF involves a significant risk in the UK  due to the size and complexity of the real estate markets. It is one of the most developed countries to fight against the financial crimes that are taking place like fraud, money laundering etc.  FATF creates AML/ CTF.  All financial institutions must comply with these laws and regulations. All financial institutions have to comply with these regulations, aiming to minimize the adverse effects of crime on the economy by reducing the risk of money laundering with the laws they have determined.

Otherwise, institutions that do not comply with these laws receive specific administrative penalties. The regulations aim to detect and prevent financial crimes such as money laundering and terrorist financing. All entities subject to the UK Money Laundering Regulations must comply with policy and procedural obligations to minimize money laundering risk. So Brexit deal plays a major role in the AML Compliance Universe.

Financial Conduct authority is the UK’s main financial services regulators by having the authority over banks, credit union, building societies as well as the other firms emerging in the financial activities. It is an important authority where Brexit deal in AML Compliance Universe. FCA was established in 2012 replacing it by Financial Services Act and it has given the mandate for maintaining the safety of UK’s financial system. It is responsible for functioning of the UK financial market. It is a public body under the purview of UK’s treasury and Parliament. FCA has the power to raise fees as it is an independent body.  FCA aims to control financial institutions’ behavior in the retail and wholesale sectors, such as stock exchanges, e-money institutions, banks, credit companies, and building cooperatives.

FCA’s role is to protect the consumers, keeping the industry stable and promoting a healthy competition between financial service providers. FCA’s regulations include the implementation of Customer Due Diligence (CDD) measures.

On the other hand, the UK government’s tax authority, Her Majesty’s Revenue and Customs (HMRC), are often responsible for collecting taxes, protecting UK borders from illegal activity, and auditing whether employers meet a minimum of employee wages. On the other hand, the NCA detects extensive organized criminal activities in the UK and imposes heavy penalties on individuals and institutions that operate.

Why The UK Made Brexit Decisions?

There are several reasons for the UK leaving the EU. The clearest one of these is the crisis in the eurozone. This decision to leave had economic effects in many EU and UK countries. The opponents of EU argued that it was a dysfunctional  economic entity. They failed to address the economic problems that were developing in the country day by day. The another reason for Brexit is the rise of nationalism  across the world. A lot of distrust of multinational financial trade, and the defense organization is created for example EU, NATO etc. These organizations take control of individual nations. Mistrust as well as fear of losing control made Brexit a reasonable solution to them. But for the supporters of EU, such organization are self-evidently valuable.

The UK’s decision regarding the Brexit deal was correct as it is important for AML Compliance Universe. Thus, with this decision, UK-based companies made many new decisions. The political leadership plays a major role in the Brexit as it faced a lot of loss. The “leave” voters rejected both the Conservative as well as the Labour parties. Both the parties realized that many of their members had gone into the opposition on the issue.

Also, we can explain why Britain wants to leave the EU in two different ways politically. Since 2008, the pressure of the European region in the UK has increased. The halt in trade volume expansion caused the UK to see the EU as a stumbling block.

On 31 December 2020, the UK will complete the transition period to leave the European Union (EU).  The following updated sanction risk will comprise of  designations which the UK has chosen to carry over from the EU regimes. So, although many of the lists will remain the same. It will be crucial for companies to carry on their sanctions checks to ensure that they remain in-line with the various sanctions acts that are relevant to them. Sanctions violation are touching a great height and the fines can be large.

Brexit has many implications for many countries and industries. Still, it is a matter of curiosity to what extent the impact will be. With this UK’s decision, other questions are as follows: How will the regulatory environment take shape after Brexit? What will be the impacts of Brexit on EU Anti-Money Laundering Directives and Regulations?

Implementation of Fifth Money laundering Directive in the UK

The Fifth Money Laundering Directive (5AMLD) introduced a number of key changes to the European money-laundering regime, for example, extending the scope of the directive to cryptocurrency wallets and exchanges. 5AMLD came into effect in January 2020, yet despite its impending exit from the EU, the UK implemented the directive into national law.

Following Brexit however, the 5MLD will change slightly as the EU member states will have to treat the UK as a ‘third country’.

Slowing the process can increase the risk of money laundering and terrorist financing. In this case, businesses should implement an excellent risk-based approach process. The compliance of the laws with 6MLD makes this directive less of a concern for the UK. It is also the case for the UK that certain crimes are punished according to AML obligations. Although it is not known how the UK’s exit from the EU will affect these two directives. It is also a question of whether the 5AMLD and 6AMLD will be deemed valid after Brexit.

Guide to Money Laundering in the year 2022